He may have just said "I did kill her!" 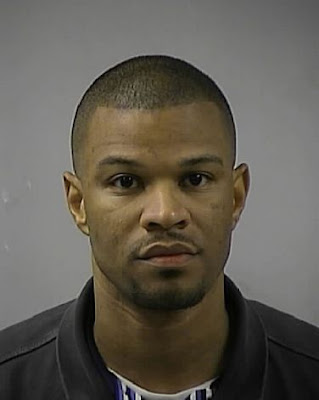 Well, I guess he's saved us a whole lot of trouble and bother with a trial, appeals and all that.

I guess this could also be construed as a confession and a "guilty" plea as well.

Moments before Cynthia Jean Goodrum's funeral began Wednesday in her hometown of Edinburg, her husband and suspected killer fatally shot himself after a short police chase in Las Vegas, officials said.

Narada K'fonse Goodrum, 33, had been on the run since last week, when he allegedly shot his pregnant wife inside her West Bexar County home.

Around 9:30 a.m. Wednesday, he apparently committed suicide after a foot pursuit that began when officials with the U.S. Marshals and Las Vegas Metropolitan Police Department, who had been tracking his movements, arrived at a Super 8 motel near Las Vegas Boulevard to serve a murder warrant.