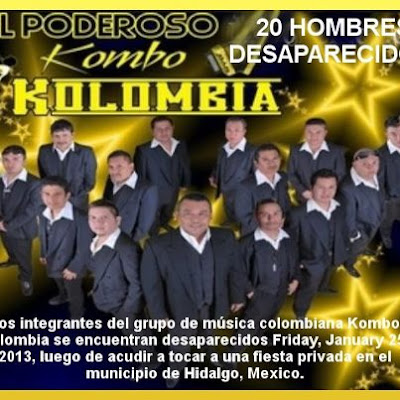 Now they're killing bands on tour?

MONTERREY, Mexico (AP) — At least eight bodies were pulled from a well in northern Mexico on Sunday near the site where 20 people went missing late last week, including members of a Colombian-style band, according to a state forensic official.

The Nuevo Leon State Investigative Agency was still working late into the night at the well in a vacant lot in the town of Mina near the northern city of Monterrey, and the body count could rise, said the official.

He spoke on condition of anonymity because he was not authorized to discuss the case.