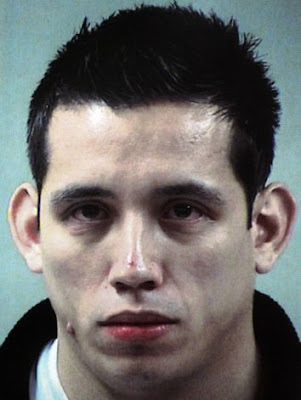 Unfortunately for this young officer his career is at jeopardy because of his actions.

A San Antonio police officer who authorities said had bloodshot eyes and a strong odor of alcohol on his breath was charged Friday with drunken driving.

Patrol officer Robert Romo, 26, was swaying from side to side as he walked away from his truck after being pulled over, authorities said, and had a blood alcohol content nearly twice the legal limit.

Romo was arrested at the scene, on Loop 410 near San Pedro Avenue, for the misdemeanor charge, becoming the third Bexar County law enforcement officer arrested in eight days.