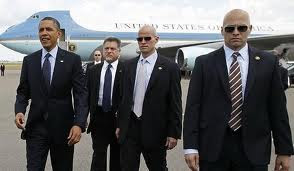 While simultaneously launching effort to disarm the American people


Despite launching a gun control agenda that threatens to disarm the American people, President Obama has signed a bill that would afford him armed Secret Service protection for life.

“The legislation, crafted by Republican Rep. Trey Gowdy of South Carolina, rolls back a mid-1990s law that imposed a 10-year limit on Secret Service protection for former presidents. Bush would have been the first former commander in chief affected,” reports Yahoo News.

The new bill, which will cost American taxpayers millions of dollars, is a re-instatement of a 1965 law which will see presidents protected for life as well as their children up to age 16.