Judge told them she's not obligated to show them leniency 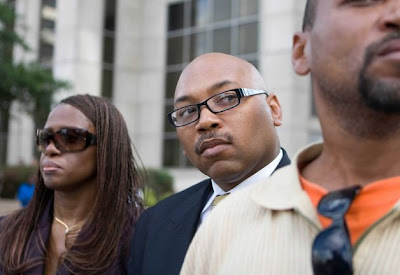 Good thing he's an ex-cop, we wouldn't want a convicted felon on the force.

A former Houston police officer pleaded guilty Tuesday to running drug money as a courier for an organization that laundered as much as $27 million collected from around the United States, then pumped through Houston and on to Mexico.

Anthony Foster, 47, faces up to 25 years in federal prison without parole for his role in the conspiracy, but could serve less time if he cooperates with authorities still looking for members of the organization, including the boss, who are believed to be in Mexico.

U.S. District Judge Lee Rosenthal warned Foster and co-defendant Sarah Combs, 48, a former office manager who also pleaded guilty Tuesday, that she is not obligated to show leniency when they are sentenced in May.