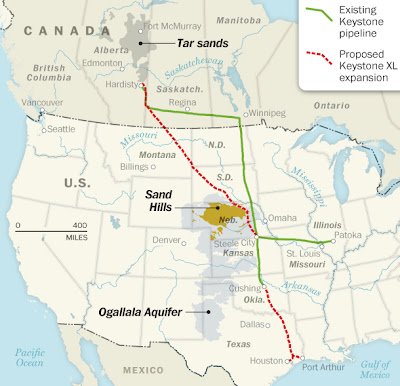 Just what the eff is their problem?

Get it done, now.

Are you fricking stupid?

WASHINGTON (AP) — Nebraska Gov. Dave Heineman's approval of a revised route for the Keystone XL oil pipeline puts the long-delayed project back in the hands of the federal government.

But don't look for a quick decision on the $7 billion project, which would carry oil from Canada to the Texas Gulf Coast if allowed to move forward.

State Department officials said they do not expect to complete a review of the project before the end of March.