Felt he was owed the dime 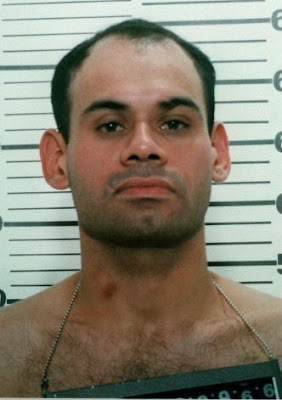 A Mexican Mafia member condemned to die for the strangulation of a woman because she failed to pay the “dime” tax on her drug sale proceeds has lost another federal appeal.

Manuel Vasquez, 44, was one of three men, some of whom also were alleged to have been members of the prison gang, arrested in the 1998 killing of Juanita Ybarra, 51, and beating of her boyfriend.

In his appeal to the 5th U.S. Circuit Court of Appeals, Vasquez claimed prosecutors withheld notes from an interview with Ybarra's boyfriend; he cited ineffective assistance of counsel and argued that one of his partners in the crime lied on the stand.