Suck it up you wussies! 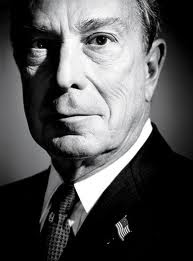 Don't forget he banned large sodas in NYC too!

He is a Grinch isn't he?

Yesterday, Mayor Michael Bloomberg and city officials unveiled a new initiative to limit supplies of prescription painkillers in the city’s emergency rooms as a way to combat what they described as a growing addiction problem in the region. Some critics, as documented by The New York Times, however, felt the move would unnecessarily hurt poor and uninsured patients who use emergency rooms as their primary care doctor. Needless to say, Mr. Bloomberg was not swayed by this line of argument.

“The city hospitals we control, so … we’re going to do it and we’re urging all of the other hospitals to do it, voluntary guidelines. Somebody said, oh, somebody wrote, ‘Oh then maybe there won’t be enough painkillers for the poor who use the emergency rooms as their primary care doctor,’” the mayor said on his weekly radio show with John Gambling. “Number one, there’s no evidence of that. Number two, supposing it is really true, so you didn’t get enough painkillers and you did have to suffer a little bit. The other side of the coin is people are dying and there’s nothing perfect … There’s nothing that you can possibly do where somebody isn’t going to suffer, and it’s always the same group [claiming], ‘Everybody is heartless.’ Come on, this is a very big problem.”

In the same interview, Mr. Bloomberg stressed the initiative’s simple rationale is to prevent extra pills from piling up in the cabinets of New Yorkers who no longer need them, where they can pose a health risk if they’re abused.