No relief found at the US Supreme Court 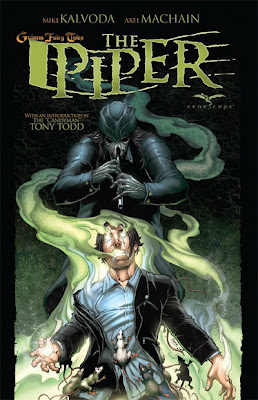 Sorry but its time to pay the Piper.

HOUSTON (AP) — The U.S. Supreme Court refused Monday to review the case of a Texas woman who faces execution later this month for the fatal stabbing and bludgeoning of a retired college professor.

The high court, without comment, refused to review the case of Kimberly McCarthy, 51, who is set to die Jan. 29 for the July 1997 killing of Dorothy Booth during a robbery at the 71-year-old woman's home in Lancaster, about 15 miles south of Dallas.

Evidence showed McCarthy, a former nursing home therapist who lived across an alley from Booth, called her neighbor to borrow a cup of sugar. McCarthy then went to Booth's home, where she stabbed the older woman five times with a butcher knife, beat her with a large candle holder and cut off her finger to take Booth's diamond wedding ring. Prosecutors showed McCarthy drove Booth's Mercedes to Dallas, pawned the ring for $200 and then went to a crack house to buy some cocaine. Evidence also showed she used Booth's credit cards at a liquor store and was carrying the victim's driver's license.