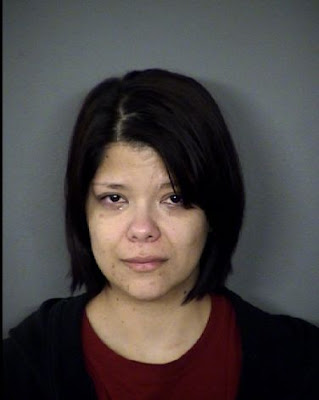 She sure sounds like she is spiraling out of control.

A corporal with the Bexar County Sheriff's Office already on administrative leave for allegedly kicking out the windows of an arresting officer's patrol car has returned to jail — this time for an alleged drunken driving wreck in which police said they twice had to stun her with a Taser.

Susana Lisa Cervantes, 35, who has been a detention officer since March 2008, was booked Thursday night for driving while intoxicated, assault of a public servant causing bodily injury and retaliation.

She remained at the jail Friday — as an inmate — on $23,000 in combined bonds for the new charges.