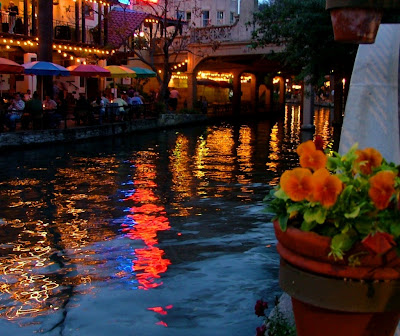 Aggravated assault with deadly weapon by homeless folks on the River Walk.

Oughta do wonders for the tourism industry.

But it should be okay as they were both homeless so no harm no foul?

A man was injured on the River Walk Sunday evening when his girlfriend stabbed him, apparently out of jealousy, police say.

The man was talking with another woman near Hotel Valencia around 6 p.m. when his girlfriend stabbed him in the back with a pocketknife, said San Antonio Police Sgt. Phillip Misek.

The man, who is in his early 30s, was taken to San Antonio Military Medical Center. Misek was not certain how severe his injuries were.