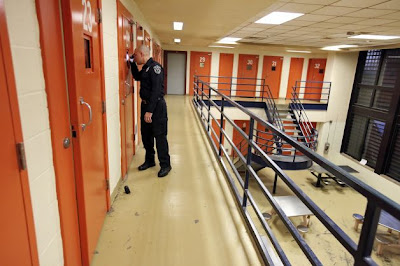 What an unmitigated disaster Ortiz proved to be as Bexar County Sheriff.

Lurching from one mismanagement crisis to another.  Lack of management skills don't cut it.

Some of this would seem to almost border on being deliberate acts, maybe criminal negligence in some instances?

The Bexar County Jail's staffing crisis has been exacerbated by chronic absenteeism among a handful of jailers that was mishandled by former Sheriff Amadeo Ortiz, forcing more deputies to work extra shifts and causing a huge increase in overtime costs.

Over a three-year period, just 2.7 percent of the jailers accounted for 12 percent of the department's 861,842 hours of absenteeism — or more than 21,500, 40-hour weeks — a San Antonio Express-News analysis of jail records shows.

The newspaper found much of the absenteeism was recorded by jailers who serve in the military reserves or the National Guard and were activated for extended tours of duty. Among the 30 most-absent jailers, at least 24 were reservists who were put on extended duty.