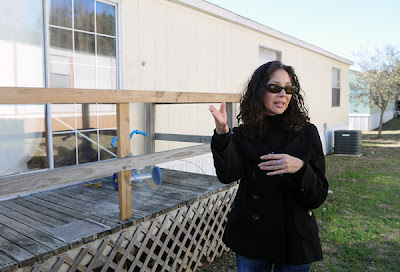 Well, maybe not, from his point of view.

NEW BRAUNFELS — Hers, Joanna De La Garza said, is a cautionary tale about how abusive relationships so can go terribly wrong — and why it’s best to get out of them at the first sign of trouble.

When her live-in boyfriend of several months got physical with her, De La Garza said she ended the relationship and his behavior quickly spiraled out of control. He broke into her home, she said, and held her at gunpoint and might have killed her at a later encounter had she not avoided her home.

And had her neighbor not taken definitive action.