The Canary in the mine? 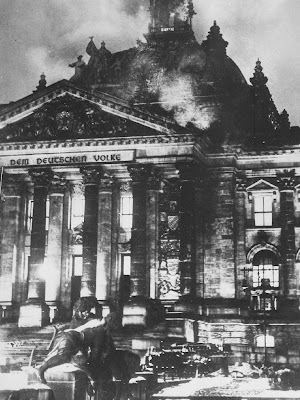 Will it be our version of the Reichstag fire?

Editor’s note: The caller in the video below identified as Lt. McCoy of a North Carolina police department told Pastor Butch Paugh on December 28, 2012, that police are training for martial law this year. Paugh hosts the GCN radio show Call to Decision Monday-Friday 8:00pm-9:00pm Central Time. He is a highly credible source of information and released the clergy response story.


In this broadcast of the Cybertribe News Network, a North Carolina Police Lieutenant calls in to give his first hand knowledge of preparations being made within his own department to train and prepare for martial law in the United States, possibly in the coming year.

Many similar reports are starting to trickle in from all across the country, through various independent media resources and even organizations like Oath Keepers.

The consensus is that a major economic event is expected, and that it will be used to provide cover for the institution of draconian policies being readied behind the curtain.  The exact timing of this event is not clear, but we do know the planning is being done, and that provisions are being put in place.