Have fun in prison for the rest of your life 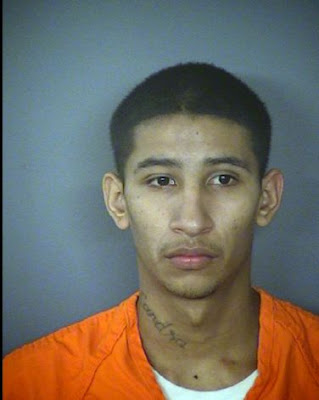 You should have thought about that possibility before gunning down someone.

Before Ruben Martinez was arrested in the road rage killing of a stranger along Interstate 37 in December 2011, the youth was believed to have already participated in numerous drug deals, smuggling of illegal immigrants, gang violence and at least six nonfatal shootings — including firing into a house where his 1-year-old was asleep.

With a criminal resume that “incredibly extensive” at such a young age, there was little other choice but to assess a life sentence, prosecutors suggested Wednesday at the conclusion of Martinez's punishment hearing.