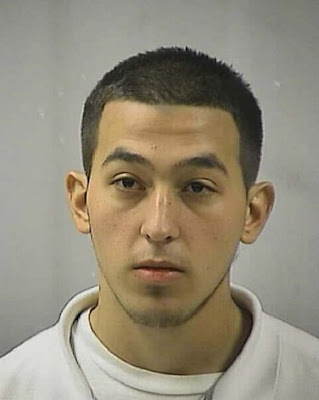 It will not go well for him in prison.

A man was arrested early today on suspicion of sexually assaulting a 12-year-old girl and recording the assault on a video camera.

After looking at the camera's memory card, police said they also found footage of Robert Torres III, 21, having sex with several women who appeared to be asleep.

He is being held in Bexar County Jail on one count of aggravated sexual assault of a child; a judge set bail at $75,000.