Sucks to be him 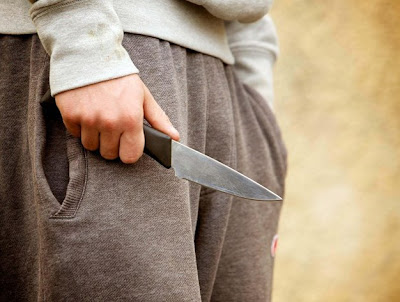 Who stabbed the gunman in the back.

So not only is he in the hospital he faces aggravated assault charges.

A man who police say threatened to shoot a man but was stopped by a teenaged girl was arrested Saturday.

Manuel Avila, 39, was dropping his daughters off at his ex-wife's house Friday when Armando Zapata, 24, came outside and pointed a gun at him, according to a San Antonio Police Department arrest warrant affidavit.

One of the daughters, an 18-year-old girl, jumped between her father's car and Zapata to stop him, but he continued to point the gun at her father, the affidavit says.