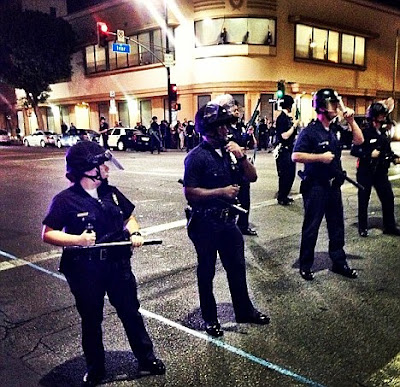 WTF don't they have something more productive to do like play video games?


The mob of skateboarders and skate fans who ran amok through Hollywood on Saturday night, captured on a YouTube video by a driver caught in the middle of the mayhem, garnered national attention.

Skaters were seen vandalizing businesses and throwing bottles, while bystanders are seen running — resulting in the deployment of more than 100 Los Angeles police officers in riot gear.

The incident began before 9 p.m. as about 1,500 skaters and skate fans showed up to a theater that only holds 600 people to watch a free premier of “Bake and Destroy.”