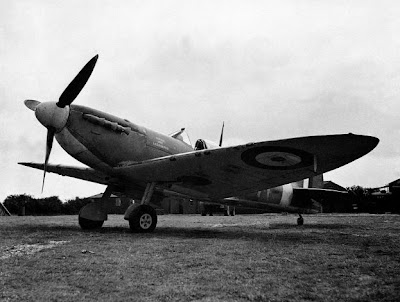 Now this is way cool!

YANGON, Myanmar (AP) — As many as 140 World War II Spitfire fighter planes — three to four times the number of airworthy models known to exist — are believed to be buried in near-pristine condition in Myanmar. A British-Myanmar partnership says it will begin digging them up by the end of the month.

The go-ahead for excavation came earlier this week when the Myanmar government signed an agreement with British aviation enthusiast David J. Cundall and his local partner. Cundall, a farmer and businessman, earlier this year announced he had located 20 of the planes, best known for helping the Royal Air Force win mastery of the skies during the Battle of Britain.

On Thursday, however, a retired Myanmar geology professor who has assisted in the recovery operation since 1999 said there are about 140 Spitfires buried in various places around the Southeast Asian country, which until 1948 was a British colony called Burma. He did not explain the discrepancy in estimates.