Don't get your cell phone stolen 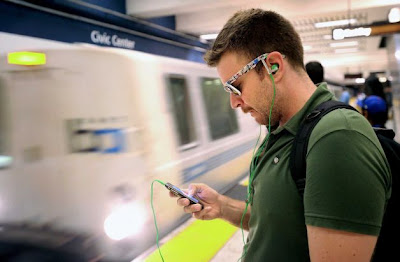 Always be aware of your surroundings folks.

SAN FRANCISCO (AP) — In this tech-savvy city teeming with commuters and tourists, the cell phone has become a top target of robbers who use stealth, force and sometimes guns.

Nearly half of all robberies in San Francisco this year are cell phone-related, police say, and most occur on bustling transit lines.

One thief recently snatched a smartphone while sitting right behind his unsuspecting victim and darted out the rear of a bus in mere seconds.