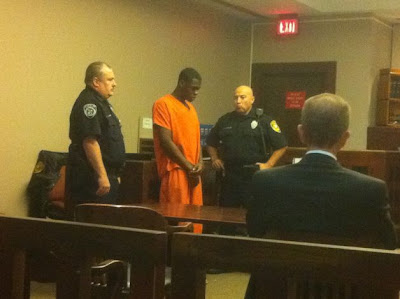 I probably would have given him the seven consecutive life sentences.

If for no other reason but a warning to others to not "Do this shit!"

A San Antonio man convicted last month of pimping a 15-year-old runaway from Houston and luring her new boyfriend to his death was sentenced Monday to life in prison.

In addition to the maximum sentence for murder, prosecutors had asked that Kwaku Agyin, 21, receive seven consecutive life sentences for three counts of child sex trafficking, three counts of compelling prostitution and one count of aggravated sexual assault of a child. But one life sentence was enough, state District Judge Lori Valenzuela decided.