Except maybe sometimes you can 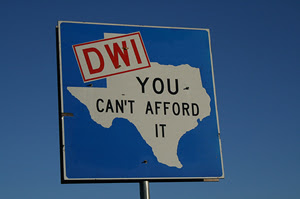 Seems light to me unless of course, the evidence really sucked so an Intoxication Manslaughter conviction was unlikely.

A drunk driver accused of contributing to the eventual death of an 81-year-old woman whose vehicle he rear-ended pleaded no contest Monday to a reduced charge of intoxication assault.

Guadalupe Montoya, 74, was charged with intoxication manslaughter, but not until two months after the January 2011 wreck, when Amelia Gomez died while attempting to recover from a torn aorta and broken spine, documents state.

A medical examiner's report stated Montoya developed pneumonia as a complication of the blunt force injuries received in the wreck, but chronic heart disease also contributed.