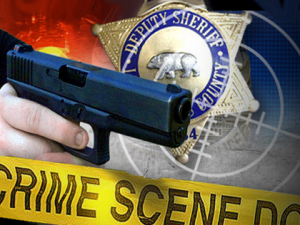 Recognizing this may be an unpopular question to ask nevertheless, I am going to ask it.

Didn't the officer have a non-lethal Taser to shoot him with?  Isn't that what its for?

A Baton?  Did we have to shoot the young man several times?

Some questions will need to be asked to determine if this wasn't an unwarranted use of excessive force.  I am not saying the Sergeant did not have the right to protect himself but this needs to be determined to determine if he was justified in his actions and cleared.

A Bexar County sheriff's sergeant shot and killed a teenager early Sunday in what he said was self-defense.

Sgt. Frank Bellino was on Culebra Road near FM 1560 on the far Northwest Side around 2 a.m. when he saw the 19-year-old walking partially in the street, apparently intoxicated, Bexar County sheriff's Detective Louis Antu said.

Bellino activated his emergency lights and approached the man, whose behavior was erratic, Antu said. After putting his hands on the vehicle so Bellino could pat him down for weapons, the man became violent, Antu said.