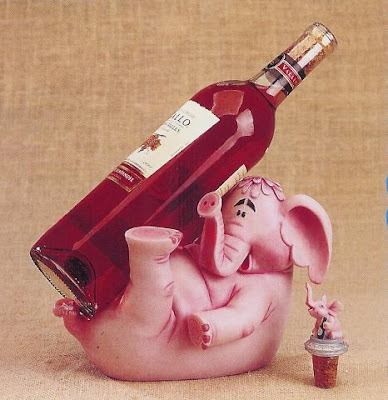 Must've been one of them pink elephants.

NEW CASTLE, Del. A man who was arrested for a 7th DUI said the swerved his vehicle to avoid an elephant he saw in his path, say investigators.

Samuel Phipps of Delaware, was arrested and charged with DUI and for not having insurance when he crashed his 1998 Land Rover Friday night on 1-295 southbound near the on-ramp for Delaware

Route 141 northbound, CBS Station KYW Philadelphia reported Monday. He drove his vehicle off of the road's left side and hit a left guardrail, said investigators.


Phipps, 31, was found at the scene by a trooper and looked impaired. According to investigators, he acknowledged that he smoke marijuana dipped in PCP before he drove.

Phipps had six prior DUI arrests before this latest one. He is being held on bond at the Howard R. Young Correctional Institute.