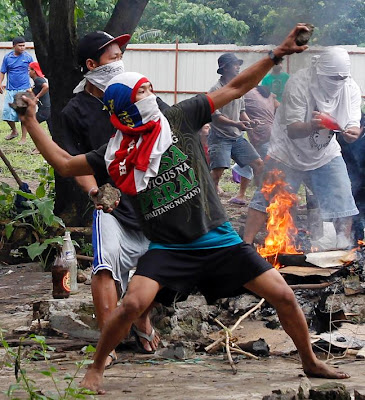 All in a day's work.

The son took officers on a vehicle chase but was caught, which apparently upset his dad, who threw a large rock and damaged a police cruiser, NBPD Capt. John McDonald said.