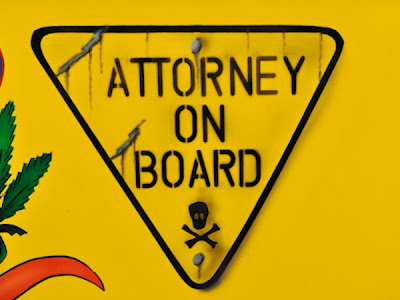 Sad for all concerned.

A Bexar County jury on Monday awarded a woman more than $867,000 in her lawsuit against two attorneys, including one who once served on a board that takes up complaints against lawyers.

Jurors found attorney Oscar C. Gonzalez, his law firm and former lawyer Eric Turton committed malice, fraud and theft by misappropriating $75,000 from the settlement of a client, Isabel Sloan. Part of the verdict hammered Gonzalez and his firm for gross negligence and false, misleading and deceptive acts and practices.

The verdict came after more than a week of trial over the suit Sloan filed in 2010. She alleged Gonzalez's firm took a $2,500 retainer and shuffled her off to Turton, who Gonzalez knew had a history of disciplinary problems. Turton testified Gonzalez referred him clients and took a cut of the client fees.