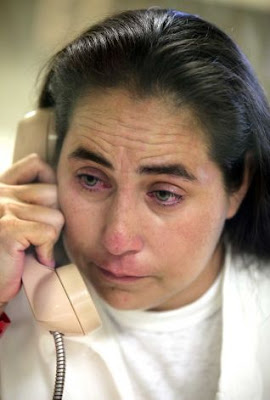 A few weeks ago I posted and article about these four women who had been convicted and sentenced to prison.

One of the girls has recanted her story of assault and one of the women is up for parole November 2, 2012 after spending 17 years in prison.

She was 19 when she was accused; meaning she has spent nearly half of her life in prison for something which may never had happened.


Anna Vasquez, one of four San Antonio women fighting to clear their names in a bizarre and brutal sexual assault of two girls in the mid-1990s, is set to be released on parole.

Her release is scheduled for Nov. 2, according to the Texas Department of Criminal Justice website. The site states that the date can change without notice.

Vasquez's mother, Maria Vasquez, made the announcement about her daughter's unexpected release during a panel discussion Saturday night at Our Lady of the Lake University, where an Austin documentary filmmaker held a “work in progress” viewing of footage of the women's case.