Agg Manslaughter trial in NJ because of alcohol 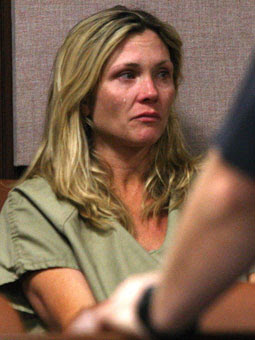 It doesn't happen only to "unknown non-famous" people in San Antonio.

SOMERVILLE, N.J. (AP) — Witnesses to the aftermath of a fatal auto accident involving a former "Melrose Place" actress say she was babbling and wasn't aware someone had died.

An emergency medical technician and an ER nurse testified Thursday at the aggravated manslaughter trial of Amy Locane-Bovenizer.

The prosecution and the defense agree Locane-Bovenizer was drunk on the night of the 2010 crash. But the defense claims the actress was distracted by another driver who was chasing her. Sixty-year-old Helene Seeman died in the crash.