Can I haz more pleaz? 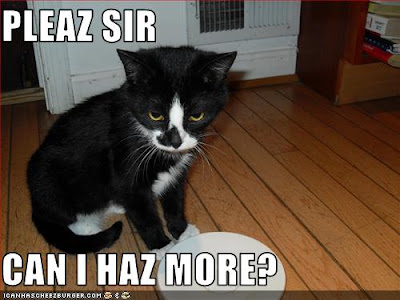 Apparently she liked their food so much she wanted to go back and get some more.

PALM BAY, Fla., Oct. 16 (UPI) -- Authorities in Florida said a woman is facing charges after allegedly calling 911 multiple times to thank the sheriff for a bologna sandwich served in jail.

Police said dispatchers asked Brown if she had an emergency and each time she talked only about the bologna sandwich. They said an officer arrived at her home while she was still on the line with a dispatcher.