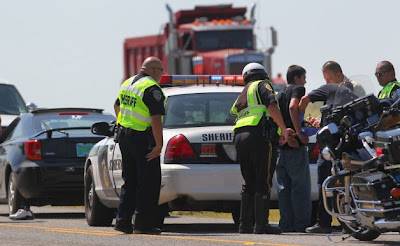 Wow, just wow is all I can say.

Two men were arrested this afternoon after shots were fired on the Interstate 37 access road near Braunig Lake in South Bexar County.

After a brief pursuit, deputies arrested two as-yet-unidentified men in the black car and recovered a gun, he said.