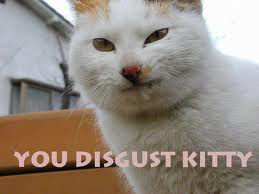 Man that is one Pinche Brouha isn't she?

Police arrested a woman Saturday for allegedly hitting a 10-year-old girl who refused to give her daughter some ice cream.

The 10-year-old had bought the treat from an ice cream truck in her neighborhood and went to play with some children nearby, according to an arrest warrant affidavit. Another girl, 4, asked her for her ice cream, and when she refused, tried to grab it from her. The 10-year-old slapped her hand away, the affidavit said.

The older girl began to walk home when Talysa Herron, the mother of the 4-year-old, approached her, yelling, and hit her in the face, the affidavit said. The 10 year old ran home as Herron, 29, followed in her vehicle, and when contronted by Cyndi Lafontaine, the girl's mother, Herron began to beat her. Lafontaine's husband called police, the affidavit said.