Bad to the badge 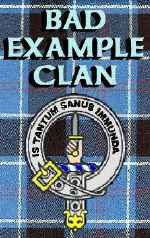 They abused the trust placed in them.

As Christmas approached in 2009, a “smuggler” paid $1,200 to the men who escorted his cocaine load into San Antonio and added an extra $200 as a holiday bonus.

As it turns out, the “smuggler” and the security escorts both had badges. But only the escorts — former Bexar County deputies who worked at the jail — will be going to prison. The smuggler was an undercover FBI agent.