Pinche Brouha momma gets everything she deserves 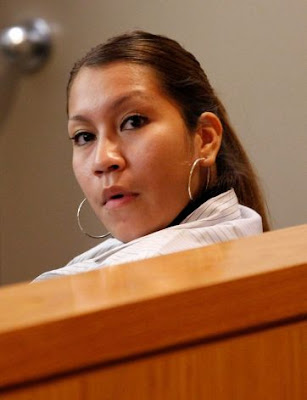 It may sound excessive to you until you realize she beat her 2 year old nearly to death and put her in a coma for 2 days.

DALLAS (AP) — A Dallas woman who beat her 2-year-old daughter and glued the toddler's hands to a wall was sentenced Friday to 99 years in prison by a judge who described his decision as a necessary punishment for a brutal, shocking attack.

Elizabeth Escalona did not immediately react as State District Judge Larry Mitchell pronounced the sentence at the end of a five-day hearing. Prosecutor Eren Price, who originally offered Escalona a plea deal for 45 years, had argued that she now thought the 23-year-old mother deserved life.
Mitchell said his decision came down to one thing.