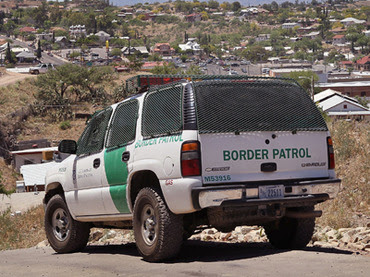 We have got to come up with a better system to deal with both legal and illegal immigration and its consequences, here unintended.

BROWNSVILLE — Four presumed illegal immigrants died and seven were hospitalized when the overloaded minivan they were riding in crashed and rolled over near Donna.

It was the latest in a string of deadly smuggling wrecks in the Border Patrol's Rio Grande Valley sector.
Weslaco Emergency Management Director George Garrett said all of the immigrants found Sunday were in wet clothing, indicating they had just crossed the Rio Grande.

He said the driver of the Mercury minivan began speeding north on FM 493, a two-lane road, after spotting a Border Patrol vehicle shortly before 8 a.m. By the time the Border Patrol vehicle caught up, the minivan had hit a tree and flipped, ejecting the packed-in passengers. The accident happened about 31/2 miles north of the Rio Grande.