Excuse me Sir, but its time for you to exit the stage 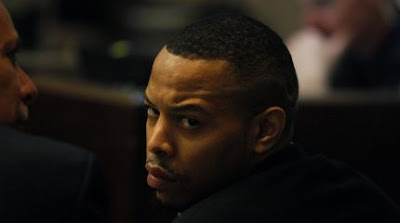 Okay, let's see he apparently killed someone else previously.

He has just been convicted for killing two more and causing his Baby Momma to miscarry.

Do you want to house and feed him for the rest of his life or give this son of a bitch the needle?

By the time James Davis Morrison committed a triple shooting — killing two and causing the lone survivor, his girlfriend, to have a miscarriage — he already had one other person's death on his resume, prosecutors insinuated Wednesday as the punishment phase for his capital murder trial continued.

A jury Friday convicted Morrison, 34, for the April 2009 double killing of Krystle Moten, 23, and her mother, Laura Moten, 46, in the parking lot of a Northeast Side apartment complex.

He faces only two possible outcomes: life in prison without parole or death by injection.