Wow; that must be some sort of world record 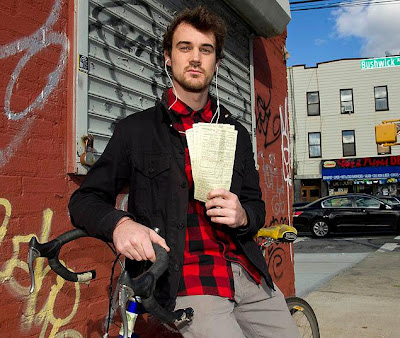 Wow, and to think I was born and lived in that area on Bushwick Avenue for about the first 5 years of my life.

An avid cyclist says he’s the one being taken for a ride after getting slapped with a whopping $1,555 in fines for a single traffic stop in Brooklyn last month.

Bushwick artist Daniel Greer, 24, who admittedly went through three red lights while wearing headphones, said he did not at first realize he was being pulled over near Lorimer and Grand Sts. on his bike ride home from his photography assistant gig on Sept. 7.

He was hit with four tickets and pleaded guilty because he thought the fines would be in the $700 to $900 range, he said.