Catching but not releasing some big fish 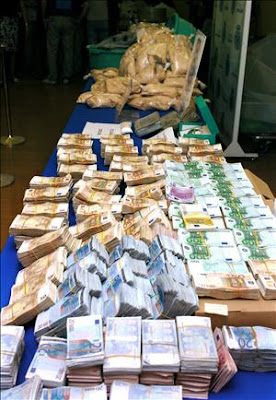 Good luck getting the $41.9 million in laundered funds paid.

Good job of removing them from the rest of the "civilized world" however.

A federal judge in Laredo on Tuesday ordered nearly 34 years in prison for Jose Isabel Tobias of Laredo. Investigators say Tobias was an organizer of the Laredo-based ring.

William Vallejo, who's an American but was living in Nuevo Laredo, Mexico, was sentenced to seven years in prison. Both men must also repay $41.9 million in laundered funds.