Joe Biden beclowns himself and the Office of the Vice-President 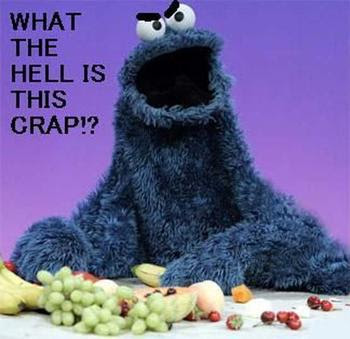 It was a run-away by Ryan in my opinion.  While Biden made some points they were lost amongst his utter weirdness, anger, disrespect and condescending attitude.

Joe was more than Joe, he was the crazy Uncle who only gets brought out at family reunions and then only for the shortest time, lest he gets into an argument with one of his precocious nephews.

Ryan stood his ground, pushed back, was patient and looked more Vice-Presidential overall.  he was the "Elder" Statesman on the stage.

The adult of the two.


Body Language:  Love him or hate him it was all Joe
By Jocelyn Noveck - Associated Press -

Because really, who needed a "Sesame Street" character to grab all the post-debate attention when there was Joe Biden's smile- or laugh, chuckle, grimace, grin, smirk, or "goofy face," according to various descriptions?

Whether you loved or hated his performance - a decision that seemed to split (surprise!) along partisan lines - it was Biden who dominated the conversation during and after Thursday's vice-presidential debate, with his animated facial reactions to almost anything his opponent, Paul Ryan, uttered.