Desperate for a drink 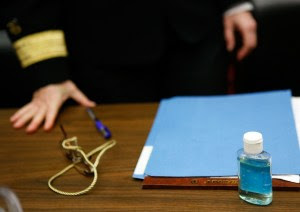 MIDDLETOWN, Conn. (CBS Connecticut) — A Middletown woman is accused of driving drunk after drinking a half a bottle of hand sanitizer.

According to The Middletown Press, police say 36-year-old Jennifer Wilcox lost control of her car on Oct.
5, almost crashing into another vehicle.

Officers arrested her after she failed a field sobriety test, blowing a blood alcohol level of .17. Wilcox “admitted to drinking one half of a bottle of hand sanitizer,” police told the Press.