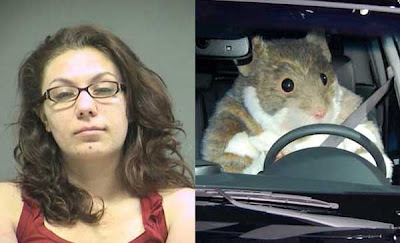 Ok then!  The hamster is safe!!

BEAVERTON, Ore. (CBS Seattle) - Local authorities placed a hamster into protective custody after its owner, an intoxicated driver, was arrested.

Early Tuesday morning, three officers with the Beaverton Police pulled over 27-year-old Nicole Huey after suspecting her of driving while intoxicated, according to Oregon Live.

During the 12:30 a.m. stop, officers reportedly observed the hamster – whose name is not known – placed in her lap.