Death rides with the drunk driver 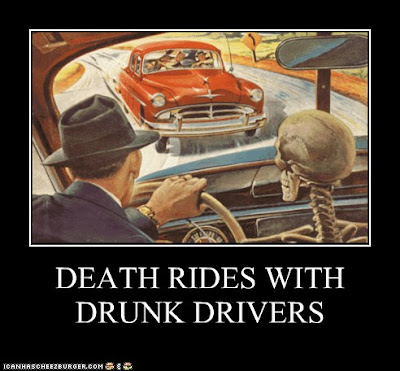 This should round out our morning recitation of drunken driving murder, mayhem and bloodletting for the day.

Just a small fraction of what is happening elsewhere I am sure.

Two motorists accused of having more than twice the legal limit for alcohol in their systems as they drove the wrong way on Bexar County highways pleaded guilty before juries in adjacent courtrooms Tuesday to intoxication manslaughter.

Janeth Herrera and Rene Moreno, both 27, have asked jurors to determine their punishments. Each could face a maximum sentence of up to 20 years in prison. Both have applied for probation.

Herrera was arrested on Thanksgiving weekend in 2009 after witnesses said she drove a large white van south on U.S. 281 North, hitting Guatemalan immigrant Estanislao Alvarado-Gonzalez, 26, so violently that prosecutors said pieces of his obliterated car remained embedded in his body during his autopsy.