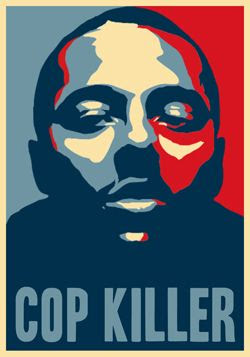 He could and should receive a well-deserved death penalty IMHO.

The month-long jury selection process for alleged cop killer Mark Anthony Gonzales will begin next year, in August, a judge decided Thursday as the high-profile defendant made a brief court appearance.

Gonzales, 42, could receive the death sentence if jurors convict him of killing Sgt. Kenneth Vann, a 24-year veteran of the Bexar County Sheriff's Office. Vann was riddled with bullets in his patrol car at an East Side intersection in May 2011.

An outburst from Gonzales at his last hearing, in May, caused him to be wrestled out of the courtroom. There were no disruptions Thursday. He was surrounded by a half-dozen deputies and State District Judge Mary Román indicated before the hearing that she would have him gagged if necessary.