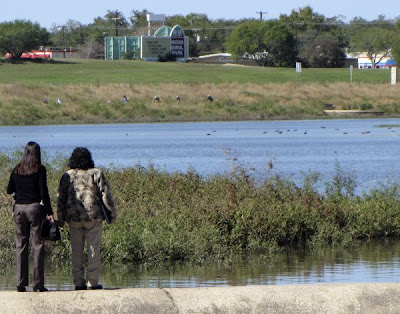 No one has called missing persons?

She appears to have been married?

No. 1 suspect is probably going to be her husband.

San Antonio police are investigating the death of a woman whose body was found in the San Antonio River Sunday afternoon.

Around 1:45 p.m., a woman and her two children visiting a park along the Mission Reach of the river spotted the body near the 1700 block of Southeast Military Drive, according to Det. Ricky Lopez.

It took San Antonio firefighters about two hours to retrieve the woman's body, which was near the shore and close to Espada Dam.