When does sex for pay not equal prostitution? When its for a TV show? 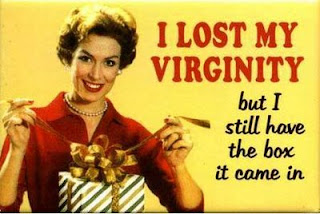 So what is the name of this show?

Funny that they have to come to Nevada to film the show.

Anger over reality television 'virgin auction'
An Australian documentary maker has convinced several young people to appear in a reality television programme in which they auction their virginity to the highest bidder.
Telegraph.co.uk-


Justin Sisley was forced to move the auction from the Australian state of Victoria to Nevada in America, after authorities said they would charge him with prostitution if the filming went ahead.

Sisley has gone public with the controversial project, claiming to have at least three willing participants.

The virgins will be paid $20,000 (pounds 12,000) each to take part in the auction and will also receive 90 per cent of their "sale price", according to a report in the Sydney Daily Telegraph.

The remainder of the money will go to the Nevada brothel which is hosting the event.

Initial bids will be placed online, but bidders will attend the final part of the auction, coming face to face with the people whose virginity they are bidding for.

One 21-year-old woman from Sydney, who used the name Veronica, said she had signed up for the auction to earn money and challenge traditional perceptions about sex.

One of the male virgins, identified only as Alex, said he had applied as a way of meeting someone.
Sisley admitted his plan was unpopular with the parents of the people involved. "They hate me," he said.

An Australian documentary maker has convinced several young people to appear in a reality television programme in which they auction their virginity to the highest bidder.
Posted by Sam at 7:19 AM