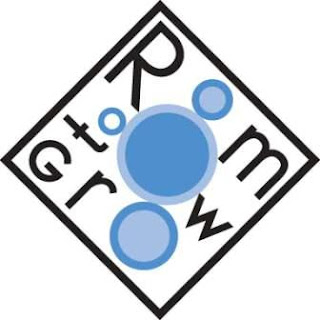 Security is only a part of the issue.

In my mind a bigger issue is that of space.  With two County Court Judges, four District Court Judges and a CPS Judge as well as a Juvenile docket we are out of options in running the courts, trials and conducting hearings.

This will only get worse with time.

County weighs options for Justice Center
By Chris Cobb - The Herald-Zeitung
Comal County Commissioners were left to weigh their options Monday, after voters turned down plans to build a downtown county justice center over the weekend.

The proposition to build a $36 million justice center along Seguin Avenue between Bridge and Zink streets failed at the polls, with 62 percent of people voting against the construction of the new facility.

But commissioners said Monday that the bond election’s failure doesn’t mean the county’s needs — added courtroom security and additional space for future growth — are going away.

“We have to find some way to move forward,” said Commissioner Jan Kennady. “We need to sit down, regroup and find the next logical step.”

Commissioners and local judges have spent months lobbying for the facility. They cited a lack of security screening at the current courthouse annex, which they have said leaves judges, jurors and the general public vulnerable to potential violence.

Kennady said the county’s first step after the failure at the polls might be to secure the existing courtrooms until a permanent solution could be found.

“We have a problem; there’s no doubt about it,” said Kennady.

She said the county might work with the fire marshal to find a way to secure some of the annex building’s existing exits and implement proper screening.

“I think the time has come to figure something out,” she said.

Commissioners were unsure Monday as to which steps should be taken to find a suitable long-term solution, with County Judge Danny Scheel saying that he didn’t anticipate the county taking action “in the foreseeable future.”

“We need to form a group that will truly look at alternative solutions,” said former New Braunfels City Councilor Ken Valentine on election night. Valentine led the opposition against the justice center. “We need to look at more options for potential judicial facilities, and find the right space that will truly meet our future needs at a cost that’s not a burden to taxpayers.”

If commissioners wanted to build the planned facility despite this weekend’s loss, they could again take it to voters by calling for another bond election on the November ballot, according to Jeffrey Kuhn, the county’s bond attorney with Fulbright and Jaworski.

Kuhn said the county also could try to issue debt again on their own to build facility, but said it wouldn’t be practical after voters already said no.

“Once you have an effort to issue certificates of obligation that fails, it’s unlikely they would go that route,” Kuhn said. “My advice would be to pursue a bond election.”

But in a growing county, Kennady said commissioners would have to figure something out if they want enough space for county and legal staffing in the future.

“We’re not throwing in the towel,” she said. “We’ve got to decide the best thing to do and move from there.”
Posted by Sam at 6:30 AM