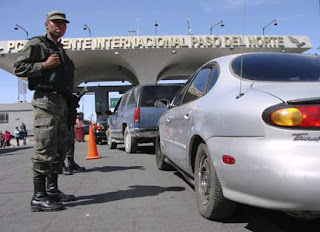 Well then get busy Champ.

Quit blaming folks, quit saying folks are racists for wanting border security, quit the divisiveness and work together to do this.

WASHINGTON (AP) - Confronting soaring frustration over illegal immigration, President Barack Obama on Wednesday condemned Arizona's crackdown and pushed instead for a federal fix the nation could embrace. He said that will never happen without Republican support, pleading: "I need some help."

In asking anew for an immigration overhaul, Obama showed solidarity with his guest of honor, Mexican President Felipe Calderon, who called Arizona's law discriminatory and warned Mexico would reject any effort to "criminalize migration." The United States and Mexico share a significant economic and political relationship that stands to be damaged the more the nations are at odds over immigration, which affects millions of people on both sides of the border.

Obama sought to show that he, too, is fed up with his own government's failure to fix a system widely seen as broken. He said that would require solving border security, employment and citizenship issues all at once - the kind of effort that collapsed in Congress just three years ago.