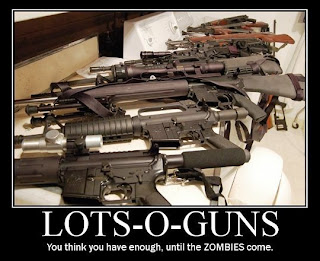 Gee, I wonder who those weapons were going to?

A Dallas man is scheduled for a court hearing in Del Rio today in connection with one of the largest weapons seizures in South Texas, according to federal officials.

Border Patrol agents came across a 2003 Ford pickup stopped on the side of a road last week. They found nearly 60 assault-type rifles and 49 cartridges concealed in load of plywood, according to a criminal complaint.

Agents with U.S. Immigration and Customs Enforcement are leading an investigation with the U.S. Bureau of Alcohol, Tobacco, Firearms and Explosives about where the weapons came from and where they were headed.