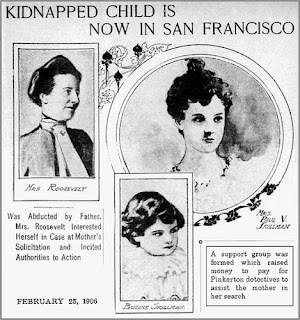 Probably a smart thing for her to plead on.

A former University of Texas Health Science Center instructor jailed last month for fleeing with her daughter to Central America in 2008 plead guilty to one count of international parental kidnapping, officials said Monday.

Lynanne J. Foster, who surrendered daughter Camille when tracked down by her ex-husband in Costa Rica in December, entered the plea Monday before U.S. Magistrate Judge Nancy Nowak.

No sentencing date was set for Foster, who vanished with Camille during a court-authorized visitation. The former assistant professor of orthopedics, who'd moved to Boerne in 2006, faces up to three years in prison, but she could receive probation.