Shoot 'em up at the movies 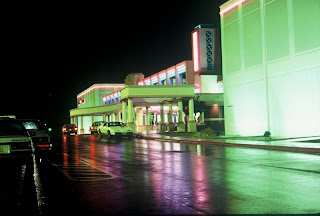 Well, I guess my daughters won't be going to the movies there for a while.

Get some security at the parking lot.


A shooting Sunday night sent a young man to the hospital with possibly life-threatening injuries after a dispute over a stereo in the parking lot of Santikos Embassy 14 theaters.

The injured person, who Sgt. Giles Seavely said is in his late teens, had planned to meet with another man to sell him the stereo. But the would-be buyer robbed and shot the man once instead.

The shooter, who appeared to be a teenager, fled without the stereo in a car with two other teens, authorities said.