Not feelin' the love 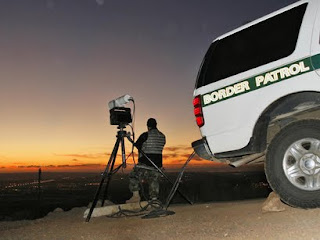 Still no word on troops to Texas
Perry's request goes ignored for more than a year
By OMAR VILLAFRANCA -nbcdfw.com

National Guard troops will be headed to the U.S.-Mexico border, but Texas is still waiting for an official answer to its request for help.

President Barack Obama has agreed to send 1,200 National Guard troops to the U.S. border with Mexico. The White House said it has not decided where along the Southwest border, which includes parts of California, Arizona, New Mexico and Texas, the troops will be deployed.
Gov. Rick Perry has sent letters to Obama, Defense Secretary Robert Gates and Department of Homeland Security Secretary Janet Napolitano requesting National Guard troops for the Texas-Mexico border.
The rest of the story:
Posted by Sam at 7:16 AM